The History of Steeplechase 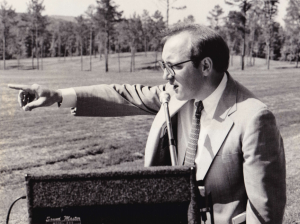 Since 1984, Mason Houghland Lampton has hosted the largest and most unique social event in our area. Many patrons see the Steeplechase at Callaway as just that, a social event, but for Mason and his family it is much more!

Steeped in tradition, Lampton is carrying on a family legacy. His grandfather, Mason Houghland, an avid foxhunter, founded the Hillsboro Foxhounds in 1932. Being competitive led him to steeplechasing which is a competition that grew out of the hunting field. Like foxhunting, steeplechase races are usually conducted over natural fences, fields, and streams.

Not only did Houghland take part in steeplechasing as a jockey, in 1941, he inaugurated the Iroquois Memorial Steeplechase which is held in Nashville, TN. The first winning jockey and horse combination of the Iroquois Steeplechase was none other than the father of Mason Lampton, Dinwiddie Lampton, Jr. and “Rockmayne.”

Mason Lampton and his father Dinwiddie Lampton founded the Hardscuffle Steeplechase in 1974. Often referred to as the “Kentucky Derby of Steeplechasing,” this has been called “glamorous, picturesque, and prestigious.”

Fortunately, for Columbus, GA and the surrounding area, Mason Houghland Lampton married a Columbus native, Mary Lu Hardaway. Mary Lu brought Mason back to our area where he took a vested interest in supporting our community. Since joining the Hardaway family, Lampton has had the honor of learning from a foxhunting legend, Mr. Ben Hardaway. Mr. Hardaway is well known around the world for his famous cross-bred hound. Lampton has taken over the reins from Mr. Hardaway and is currently the Master of the Midland Foxhounds.

Starting Steeplechase events is in his blood – growing the community is his passion. These traits led him to host the first horseracing event in the area, The Steeplechase at Callaway Gardens. A strong believer in the arts, Mason has generously donated the event’s profits to the local arts community. He believes that a strong cultural community improves quality of life.

It has been proven that communities that invest in the arts reap the benefits of more job availability; economic growth and a diverse group of talented people are drawn to the area. The arts play a vital role in the community, and the Hardaway/Lampton families are proud to support that effort 110%.

Mason Houghland Lampton has a son, Mason Hardaway Lampton.  Growing up in this horse and hound world, he has accepted and excelled in the role. Just as Dinwiddie Lampton won his father-in-law’s first Iroquois Steeplechase, Mason has also had a successful career as a jockey.

After graduating from business school, young Mason Lampton purchased his first racehorse and began riding for himself.  In 1999, Mason won his first Steeplechase event and in 2000, Mason won an amateur fox hunters timber race at the event his father created, Steeplechase at Callaway Gardens. 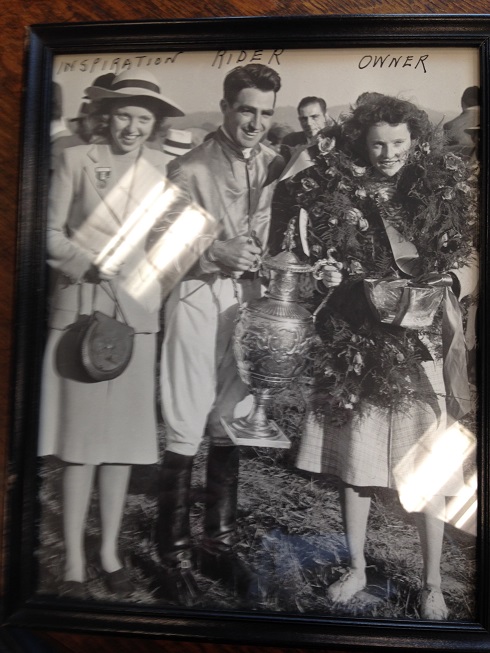